Hi, I'd like to make some recommendations for additional features

I want to preface this post by saying I haven’t had the chance to get familiar with Topaz software because it won’t stay opened on my PC despite having bought a license for the entire suite. I’m told this will be resolved with the next update. So forgive me if I end up suggesting something that already exists in some form.

What I’m doing at home is backing up all my movies onto a PC.
This PC is dedicated to movies, connected to my 4K 75" TV and a Logitech 5.1 surround speaker setup.

Image quality and sound are both very important to me.
While I recognize the limitations of DVD technology and codecs from about 20 years ago it’s expensive to buy everything over again, and in some cases impossible.
I’m also not interested in pirating films or streaming them on Netflix.

Recently I’ve come across some titles which aren’t even 720x480.
They suffer from over compression and interlacing artifacts. They’re unwatchable on anything other than a cathode ray TV. So for those I won’t even attempt to save them.
They include “La Femme Nikita”, “Brainstorm”, “Speed”, “The Black Cauldron”, “Deer Hunter”, “Cabaret”…

It’s the distortion that’s terribly distracting. Not enough pixels leads to moire effects.
I’m trying not to lose my mind. I’ve been very careful for the past couple decades to take excellent care of these disks, but despite my invested money and time I feel betrayed by the studios because films from that time were often very good but in some cases they cut corners.

I feel strongly that I need pressed disks to keep as master copies.
Which is why I don’t just want to burn my films or just have backups on drives.

Now, as for features.
“La Femme Nikita” would be good, so would “Rambo - First Blood” if only I could enlarge the image adding more pixels and have the option to use a masking effect on the aliasing issues. Blurring, or some gradient recalculation between pixels would change everything. I may not even have to buy Blu ray replacements.

I’d also like to have the ability to add grain to offset some of the artifact issues.
Like a filter in Photoshop but it would have to be programmed to change the grain effect in every frame with random patterns.

To save on memory, having the option to remove some unnecessary colors that don’t noticeably add to the range would be of benefit.

Having the option to cut out a scene that has a different aspect ratio to make an adjustment would be great. I had bought a Blu ray replacement for the film “Grease” and discovered the opening cartoon scene had smaller dimensions than the rest of the feature film. I used Blender to edit the film, and MakeMKV to have a version ripped from the disk that preserved the audio tracks faithfully along with subtitles and chapter markers. I then added everything to the Blender video to make an MKV using MKVToolNix. When the image gets expanded/deformed during playback in Films & TV app in Windows 10 I use MakeMKV to make a final version without any loss of quality.

I have over 6,500 films and over 1,000 tv shows to back up. Please help me save some of the older titles from being rendered useless. If there’s a way to streamline the process while keeping as much of the quality as possible… like the Dolby 5.1 surround, I’d like that very much.
Thanks.

Unfortunately, the audio that is linked with the upscaled and enhanced video is obviously compressed so don’t think you can preserve audio with this thing. You’ll need to cut the audio away from the original unrestored footage and then relink it later. Deinterlacing videos can be done with a selection of Dione models which I believe work quite well. There’s another few models for Moire and Halo artifacts though I haven’t tried these because I’m generally upscaling only new footage or old films that generally only need a compression reversion.

Yeah, I just use MKVToolNix to add the audio from the original MakeMKV rip of the DVD.
Simple, takes a few seconds. I’m over it. 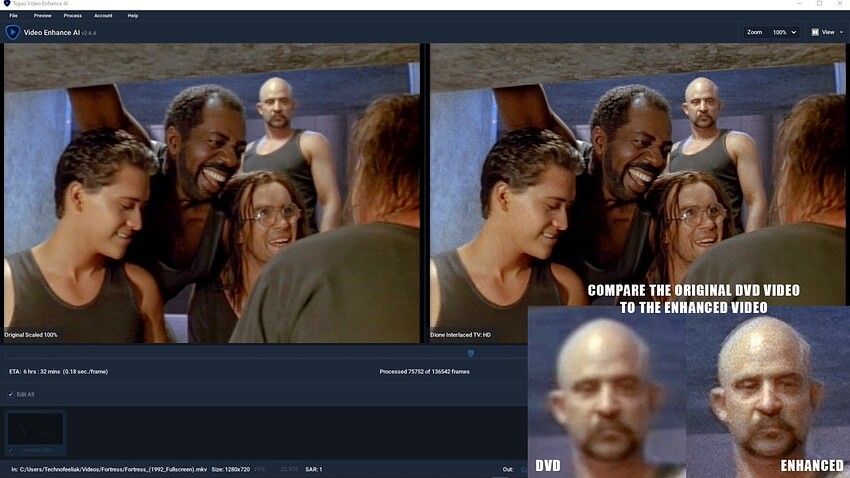 When it comes to old DVDs that are over compressed with terrible artifacts and moire or jagged line distortion I figure I should buy a replacement Blu ray or new edition DVD at least.
It’s been disheartening discovering that some of my favorite movies look bad.
I have replaced them and despite feeling cheated by these studios I have what I wanted in the end.

Sometimes I use Blender to fix the aspect ratio.
I do this because… for a movie like “Grease”, “Brainstorm” or “Le Cobaye 2” which is the French European version of “The Lawnmower Man 2” the ratio was off.
For “Grease” it was the opening animation sequence that was shrunk while the rest of the film filled the screen. The French “The Lawnmower Man 2” was squeezed on the vertical axis and on top of that there’s a 4:3 sequence that’s made small. Why bother getting a big TV when you can just enjoy a shrunken image in a big black frame right?
“Brainstorm” was another pain in the butt. There are two aspect ratios that are switched between many times. I had to use Blender to render out a frame by frame animation of the entire movie. That way I could properly cut where I needed to and stretch the frame where it was made small in the center of a big black frame again. 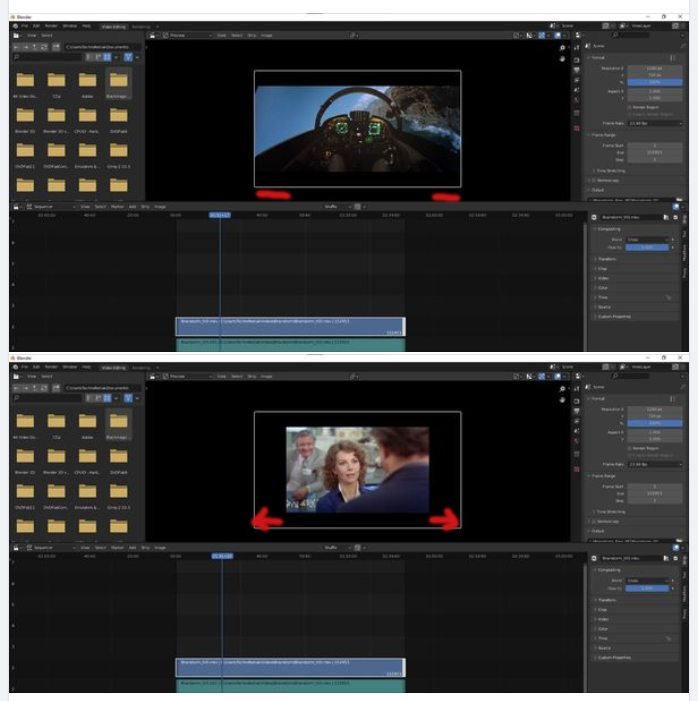 I was tempted to try upscaling the film. It would have run on too long and I would have had to compress it again anyway as this was for a friend that needed a single layered DVD.
Here you can see what I’m talking about regarding the squished image and the black frame. 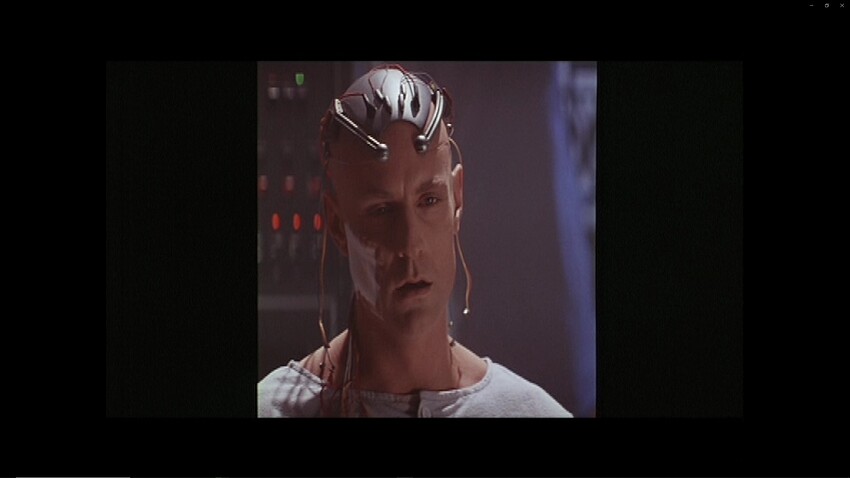 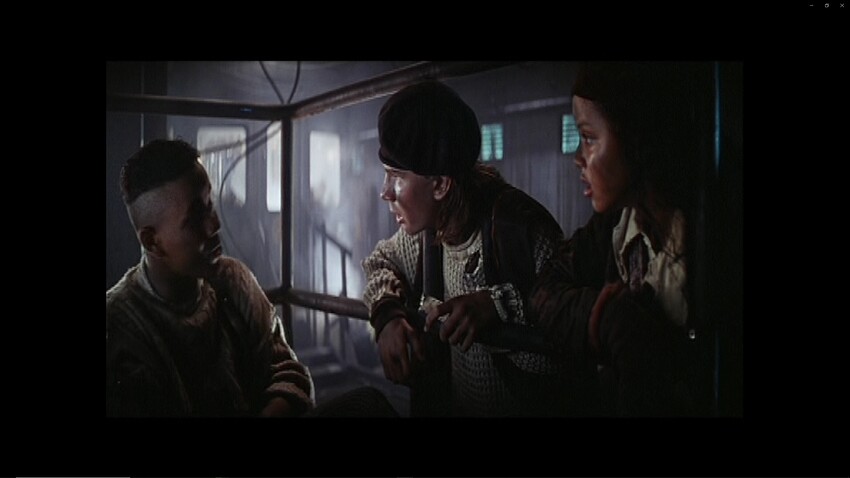 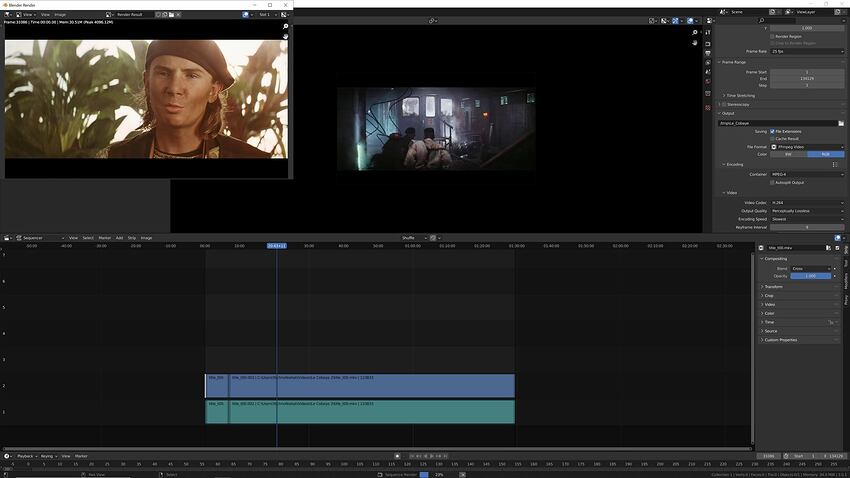 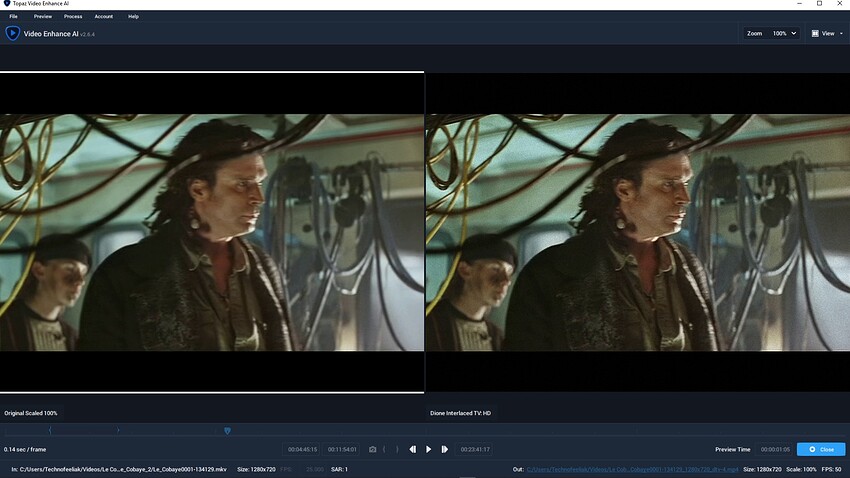 One very last thing.
I couldn’t get the Video Enhance AI app to stay opened at first.
But once I’d changed a setting in Windows 10 it was fine.
I mean, it would stay opened so long as I didn’t try to log in to my account on Topaz Labs’ site.
Once I’d made the change to my settings, that’s when I could log in and get to work. 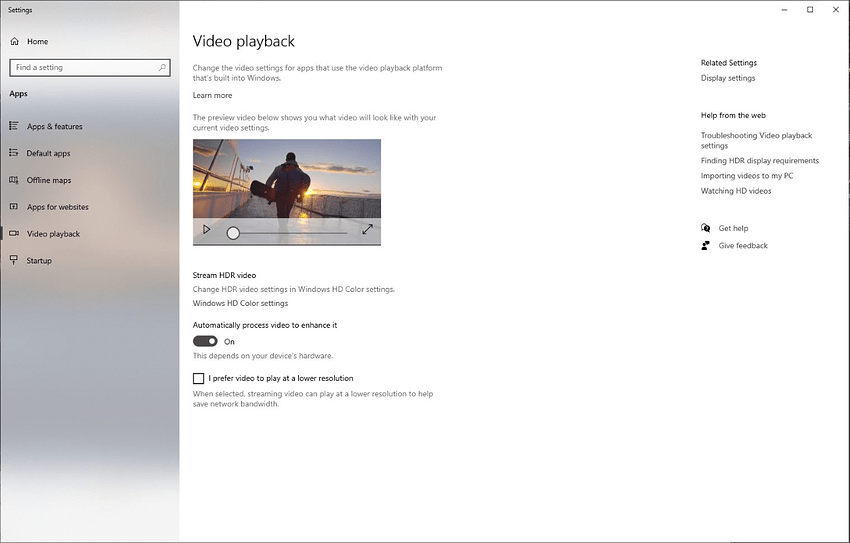 Turn on this feature… Automatically process video to enhance it.