Disappointed in the Denoise AI performance

I’m finding that the Denoise AI noise reduction is causing artifacts around dark objects in my photos, like the beak in this photo, regardless of the setting. When I uninstall the AI version and go back to the Denoise 5.1, I don’t have that issue and the interface for selecting the filtering is far easier to control in the non-AI version. I’m attaching a section of my photo to show what I’m referring to. Even just setting the denoise setting to only 5 causes this, so it’s not from overuse. Sharpness and Detail settings don’t have any affect on this problem. 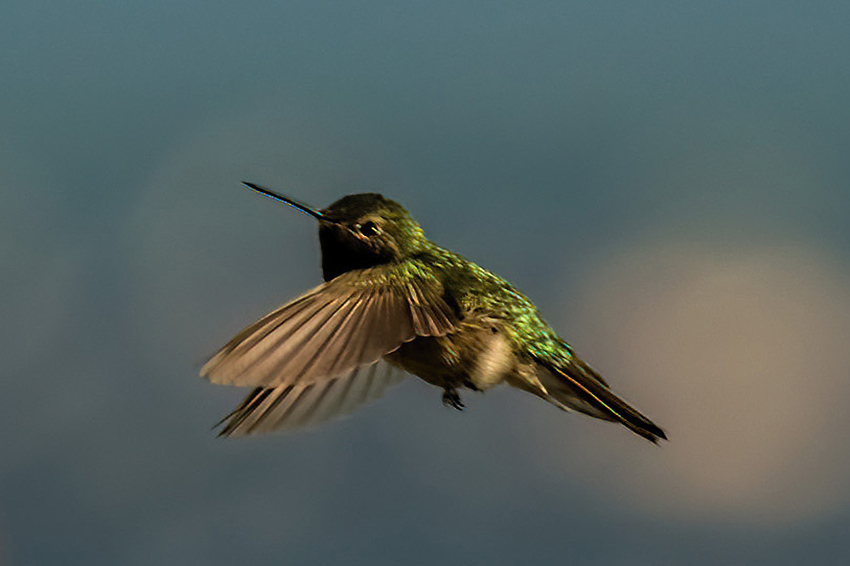 I’m finding that the Denoise AI noise reduction is causing artifacts around dark objects in my photos, like the beak in this photo, regardless of the setting.

I agree, I also get these artifacts. They only started showing up after the latest version update, so I reported it as a bug.

I get these exact same artifacts with v1.0.3 too.

I’ve not updated to the latest 2.0.0 version so maybe this has been fixed with it? Can anyone confirm?

I had installed the latest update right before using Denoise AI, but didn’t look at that version before uninstalling it. I couldn’t go back and use Denoise 5.1 without uninstalling the AI version first. I still feel that I get better and faster results using the old Denoise 5. That’s disappointing.

You might try to mask the problem somewhat with defringe in Lightroom: Lens Correction>Manual>Defringe; till the bug is fixed.

I feel like the sharpening halos have been getting more and more noticeable with each revision of the entire AI family (not just DeNoise). I was loving the capability that these programs brought into my process, but the edge effects are really putting a limit on the images I can successfully process with these tools now. Turning the sharpen sliders all the way down has little effect on suppressing the visible boundary zones that they’re creating.

This morning I noticed updates to all the AI products again and I think they’ve adjusted the haloing and over-sharpening a bit. I still need a layered workflow though as most images need different adjustments in different areas.

I downloaded the latest update and tried the Auto setting button on a dozen different images this morning and it universally boosted Enhance Sharpness, and reduced Remove Noise. It never tried to apply any amount of Recover Details. The default values always had less sharpening halos than Auto, but there is still some. Even if you manually push the slider down to 0 there seems to be some inherent sharpening involved with their AI processing.

I stopped using the traditional sharpening techniques years ago, when I found that Local Contrast Enhancement provided what I was looking for without creating halos. In PhotoShop I use a predefined Action of Unsharp Mask with Amount at 20%, Radius at 30 pixels and a Threshold of 0. I wonder if they might be able to switch to an LCE approach in lieu of the traditional sharpening methods they appear to be using now?

This morning I noticed updates to all the AI products again and I think they’ve adjusted the haloing and over-sharpening a bit.

Indeed, but it still is not good enough. There is still haloing, ‘random’ color splotches, and an overly aggressive softening of darker tones.

Improved (without any mention of it in the Changelog), but not there yet.

This image started in Lightroom and then straight to DeNoise_AI, then back to Lightroom for cropping.

Next, I started with LightRoom and told it to edit in Photshop. Then duplicated a layer and used the DeNoise_AI filter and still could not add halos. And the result looked just like the first image.

Should also mention that I shot in RAW. 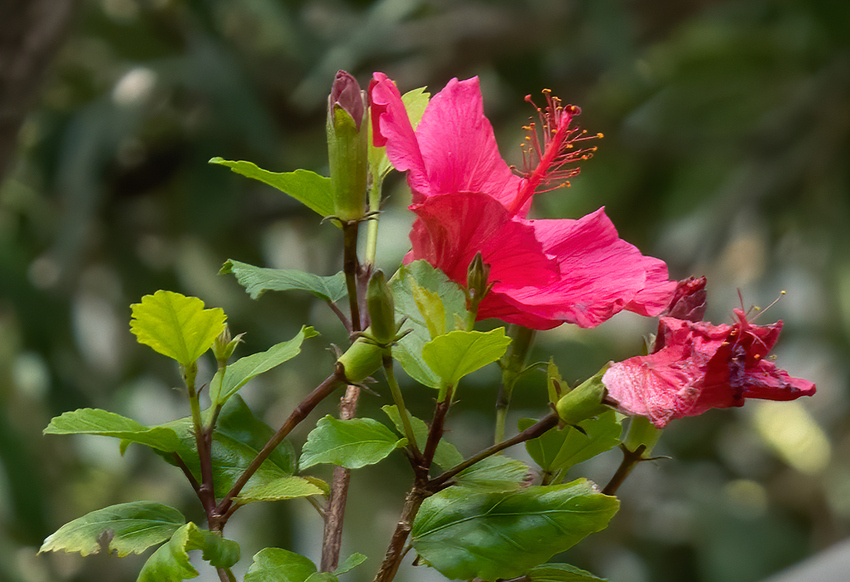 You don’t have any bad halos because you don’t have a higher dynamic range in any part of this image, like the black beak of the hummingbird against a brighter background in my original post. Or maybe it’s because the beak is a straight black line against the background. However, I did look closely at your flower photo and I do see some mild (I think that it’s called) fringing along the top of this one branch in the center of my crop of your photo and along some other edges. Of course, this is almost nothing, compared to what I had on my hummingbird beak. 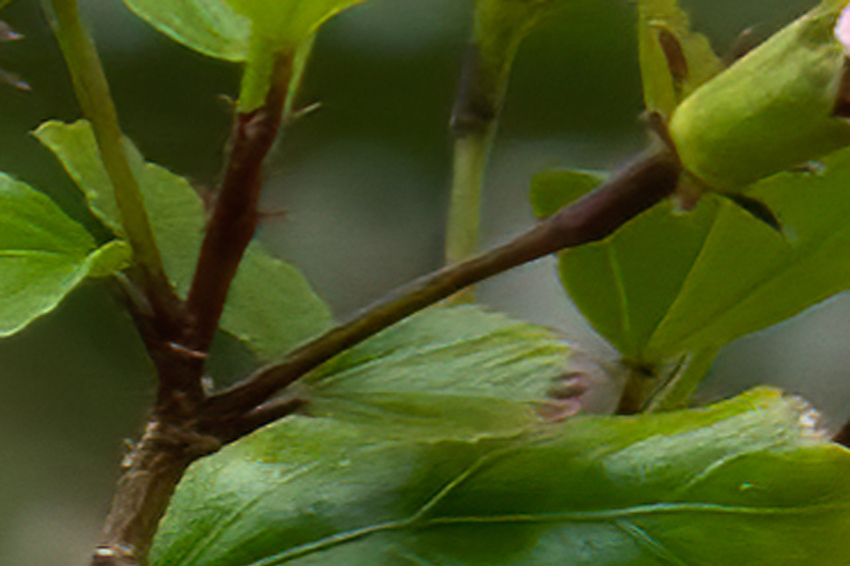 You’re right. I found an image with higher contrast, and the artifacts really jump out.

Image 1 is the original RAW file heavily cropped in Lightroom with sharpening and noise reduction then resized in Photoshop. A high contrast can be found on the leading edge of the tail wings. 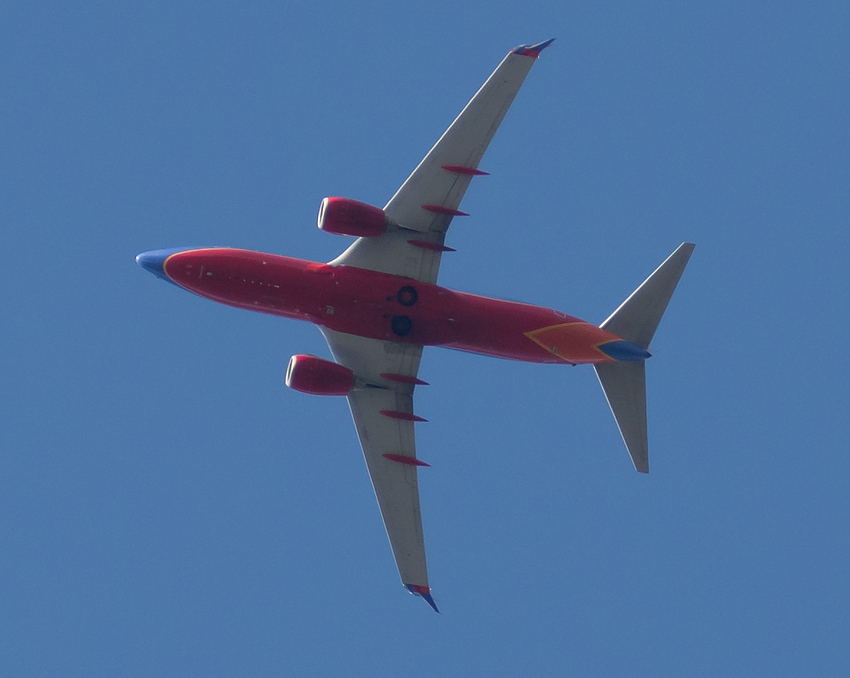 For image 2, it is treated with AI_DeNoise (using AI_Clear) first and then resized. The artifacts are staggering. 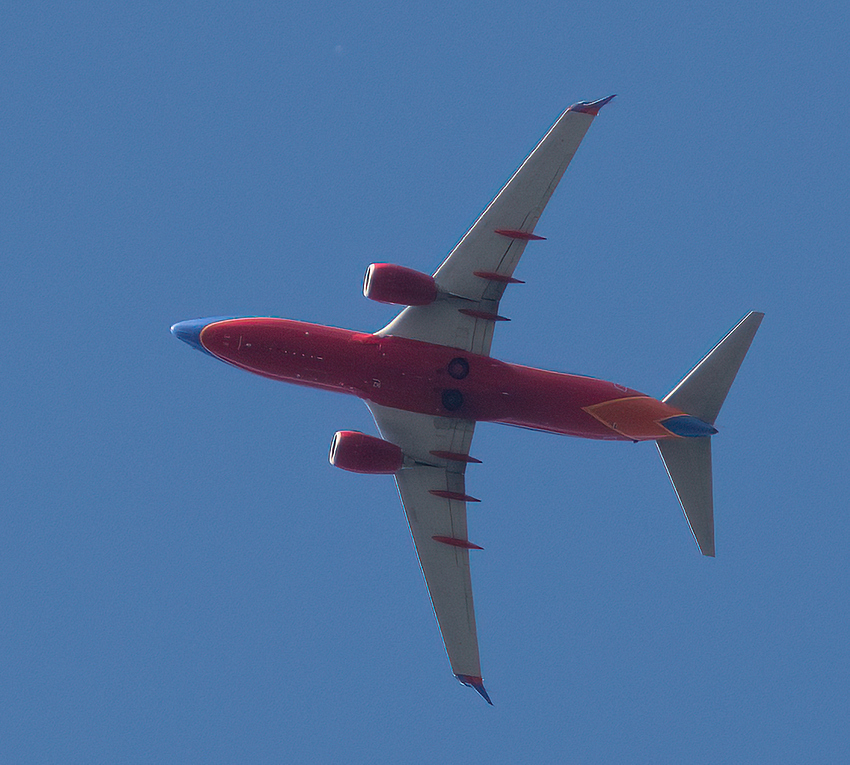 Of course, most pictures are not going to be pushed this far. But the artifacts it has added are a real eyesore.

Decided that you can’t zoom in far enough to really see anything. So here is a screenshot of the upper tail wing from the 2nd image. 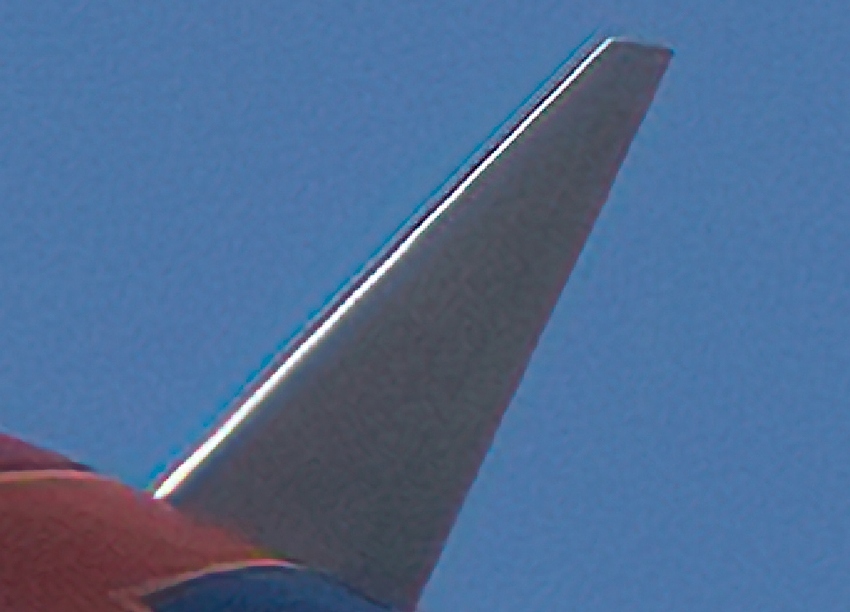 For comparison, here is a closeup of the untreated upper wing taken from the first image. 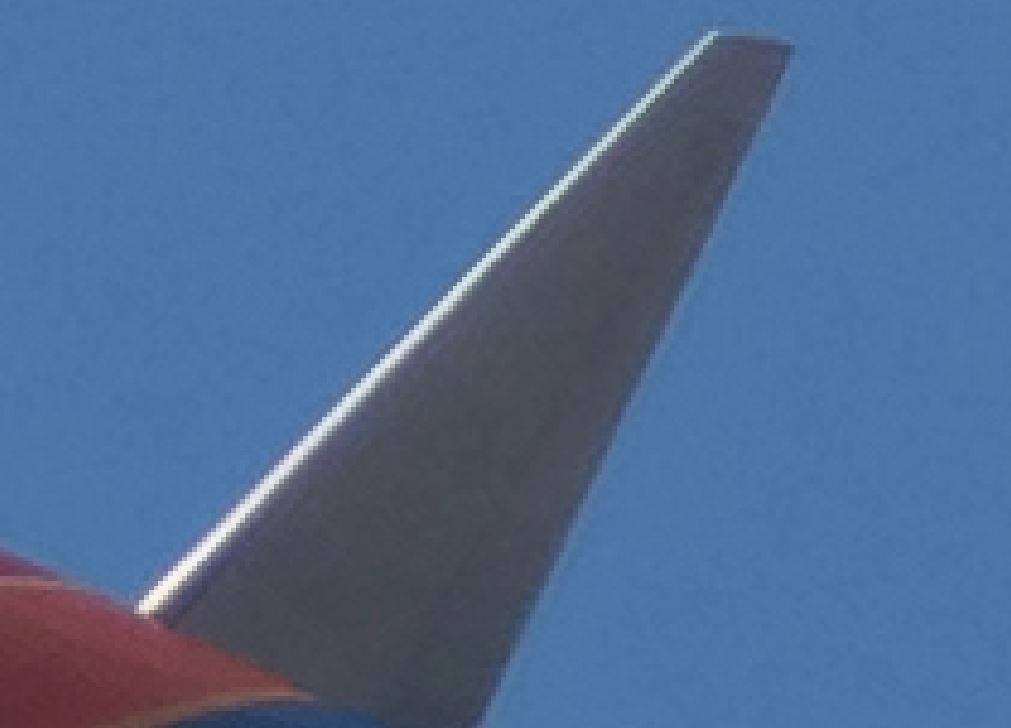 Yes, that’s disappointing. Meanwhile, I’m getting better results by uninstalling the Denoise AI, so that I could reinstall the older Denoise 5.1 that is giving me better results in much less time, with more noise reduction options.

I am also getting the same problem with fringe artefacts when using the latest version of DeNoise AI 1.1.1. With all 3 sliders to set to zero, no noise. However, by adding just 0.01 of Remove Noise or Enhance Sharpness sliders the artefacts become visible. This has only happened on the recent update.
Using the newly added AI Clear section instead, the artefact problem is much reduced, even using the High settings, but still visible
I do not get artefacts problems using DeNoise 6.0.1.

Is there some reason you are falling back to DeNoise-5 instead of DeNoise-6? Also, why do you have to un-install one to use the other?

Denoise-6 was not a limited release afaik. It’s been out for years. They are making it harder to find now on the web site in deference to the AI versions I assume. I requested it be added to the Legacy plugin page but no one followed through.