I just tested v1.3.2 of Denoise AI using the recent Amsterdam photo that Topaz used for a noise comparison. The result was excellent but I found that no matter what setting used in the preference for using the CPU with OpenVINO, the GPU or none, I got the same 14 seconds time for processing. I checked my Radeon GPU monitor app and it appears the GPU was being used in all cases. It seems that the preference does nothing. Has anyone else tested this? I have a AMD CPU, not intel on Windows 10 PC. I used AI Clear High setting for the test.

Link to comparison article and you can download the image.

We Went to Amsterdam to put Denoise to the Test This month we hosted a photography workshop in Amsterdam to practice nighttime exposures in one of the world’s most photogenic cities.  While our attendees were busy setting up tripods and shooting...

I’m having a problem finding the preferences for v1.3.2. I’d like to help you by testing the various choices but can’t find them. Whatever mine is set for right now, processing an image using AI Clear high setting, takes my machine just over 1 second.

@terryleemartin13 If you would like to try the same test you have to use the same picture which can be downloaded from the link I gave. The preferences are under the File menu in Denoise AI. Having other programs running like a browser can affect the times but not the functions.
Ron

You can access the preference settings in the free-standing version, but not when you are using it as a plug-in.

Thanks for the input Andy, I guess I never tried to set preferences when I used it as a plugin.

Here are my results. You need to take into consideration my machine is a rather highly tweaked up gaming machine. It’s probably not a fair comparison test.

For all of the AI clear tests it took just under 1 second.

You do have a very high performance machine. My post was more about the fact that the preference settings had no effect on AI Clear as it used on the GPU. The times show it does affect the Denoise setting. Your times also confirm that and I assume you used the downloaded file from the article since size will affect time. Thanks

I checked my Radeon GPU monitor app and it appears the GPU was being used in all cases.

GPU is used by the OS for the rendering of the display in all cases.

Thanks andymagee that’s exactly what I was doing wrong.

@Artisan-West, @terryleemartin13
Hi,
just an off topic question too you. If I use Denoise AI 1.3.2 I got this artifacts in the picture with Auto settings. 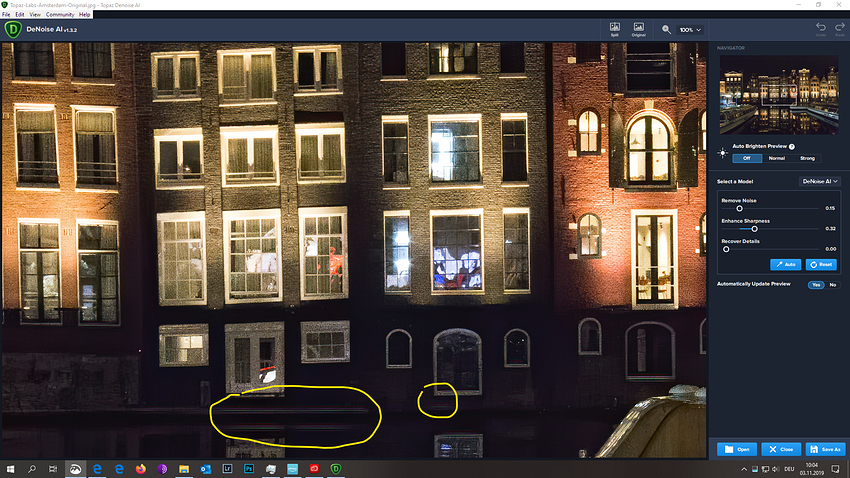 I don’t think it is artifacts as it looks like it is trying to recover detail: 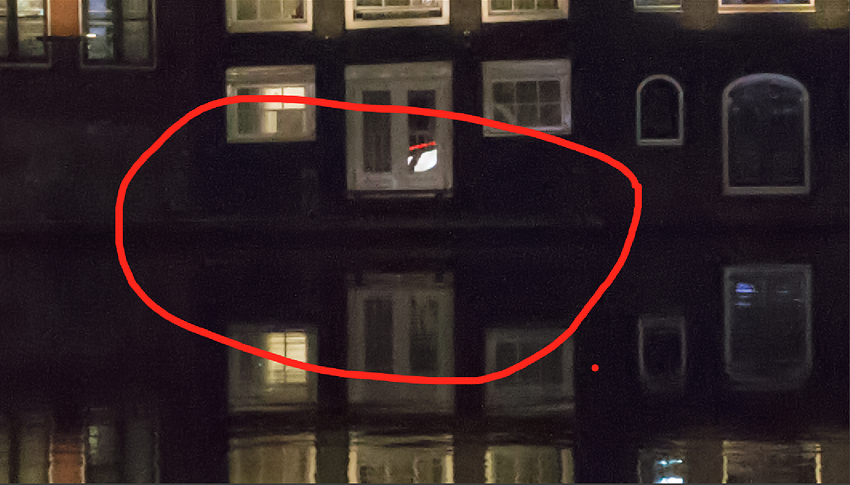 Hi @AiDon,
what other app?
What do you mean with ’ trying to recover detail’ the ugly lines are everywhere on horizontal structures in the denoised picture. There are also ones left and right of my yellow marks. Also in other areas of the same picture the same ugly artifacts occur.
The problem was fixed in version 1.3.0 and re enabled on version 1.3.1 and 1.3.2
If this is AI based recovery than the AI is very stupid.

Make my question short and clear. Do you get the artifacts too or not with Denoise AI 1.3.2?

Don’t get the artifacts and I use CPU OpenVINO processing rather than GPU.

Hi in_04-43582, The first image shows essentially the same as yours does at the remove noise default setting of 0.15. The second image shows it at the full 1.00 setting!
If I use the AI Clear mode, which is what I generally always use, all artifacts are gone. But you are correct, they are there when using DeNoise AI. 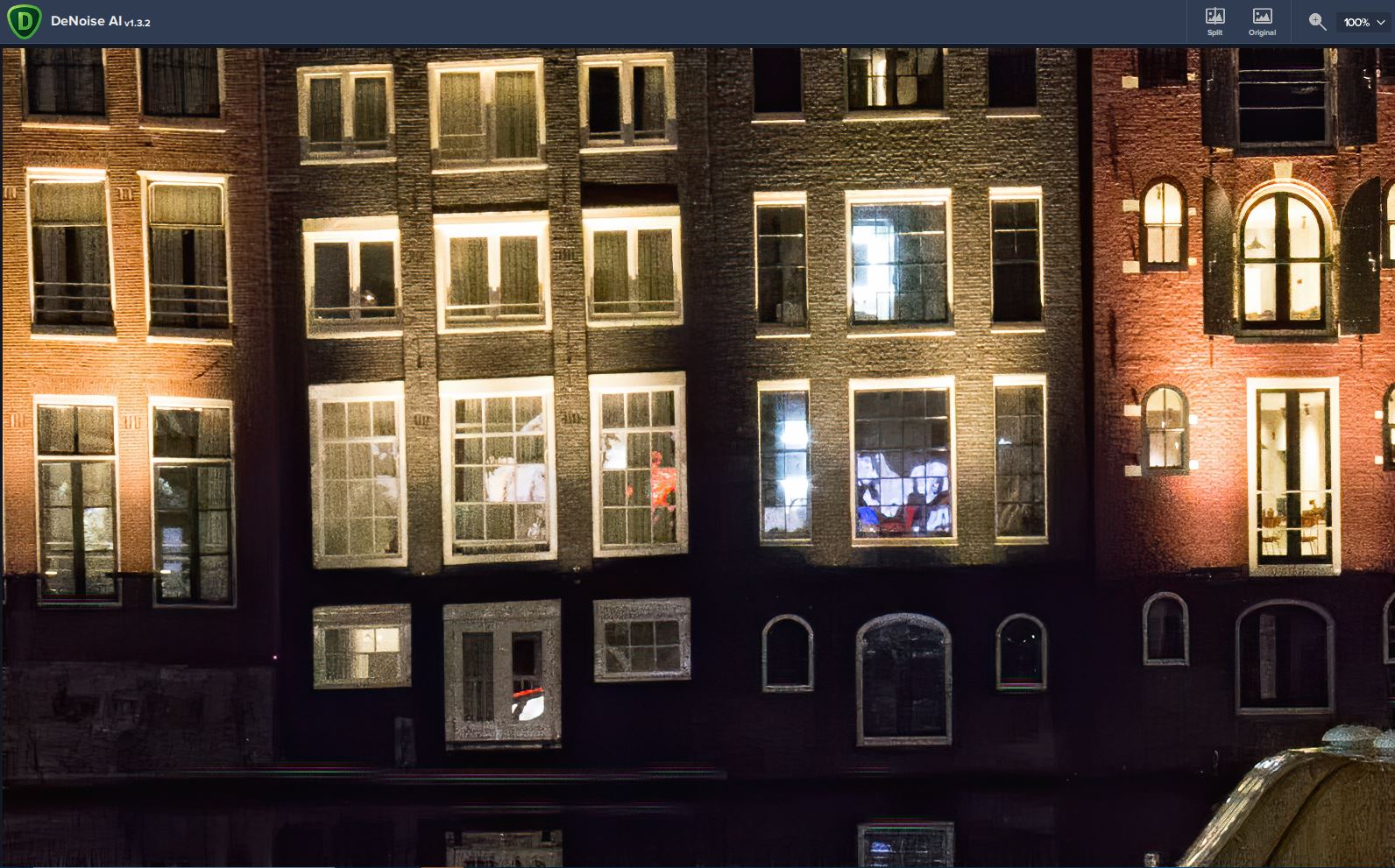 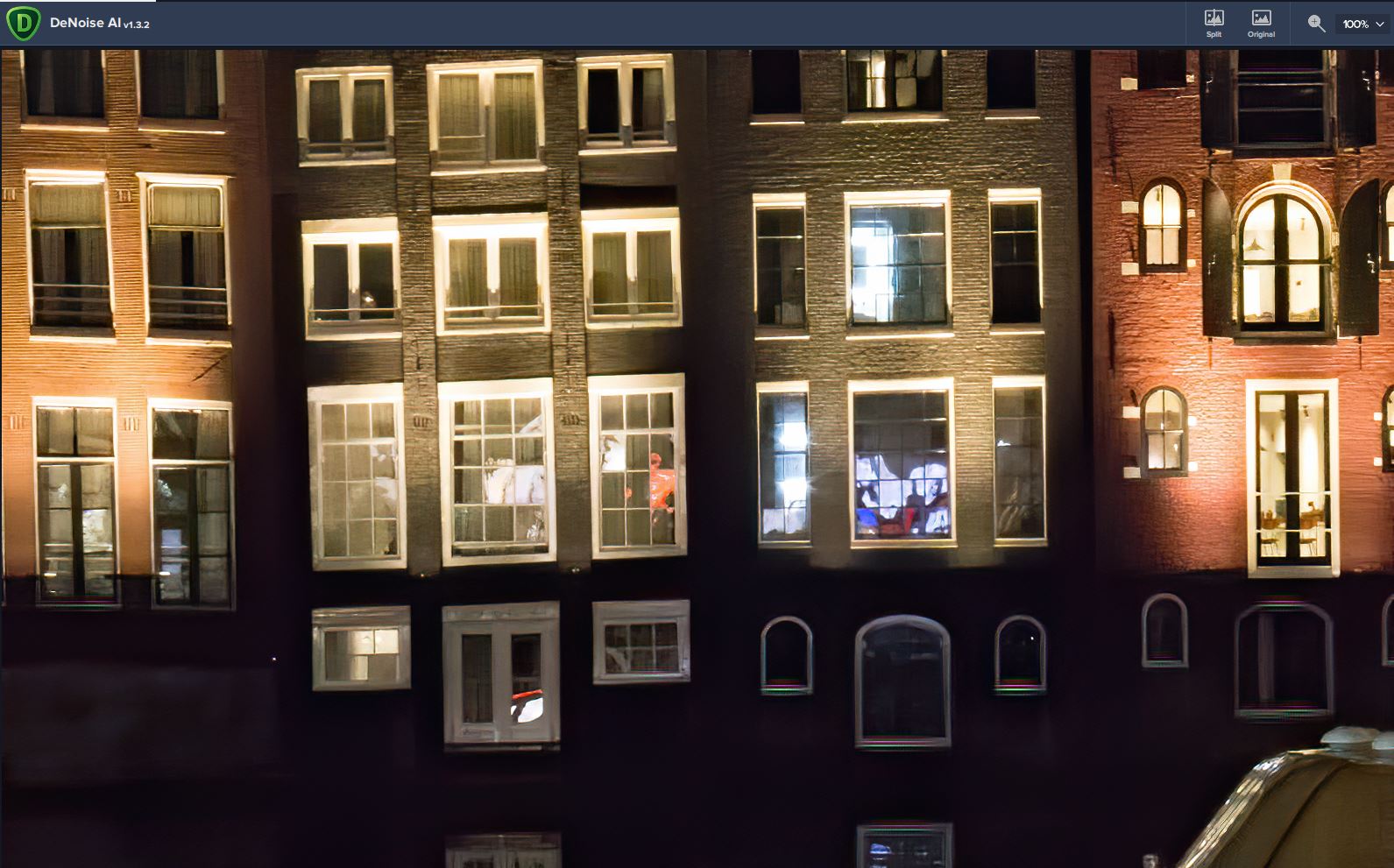 @terryleemartin13 I think you addressed your comment to the wrong person but still good info. I just tested the picture using only the preview and the Denoise AI setting produces streaks while AI Clear setting produced a good result. See Pictures below. I used both the GPU and Open Vino preferences. 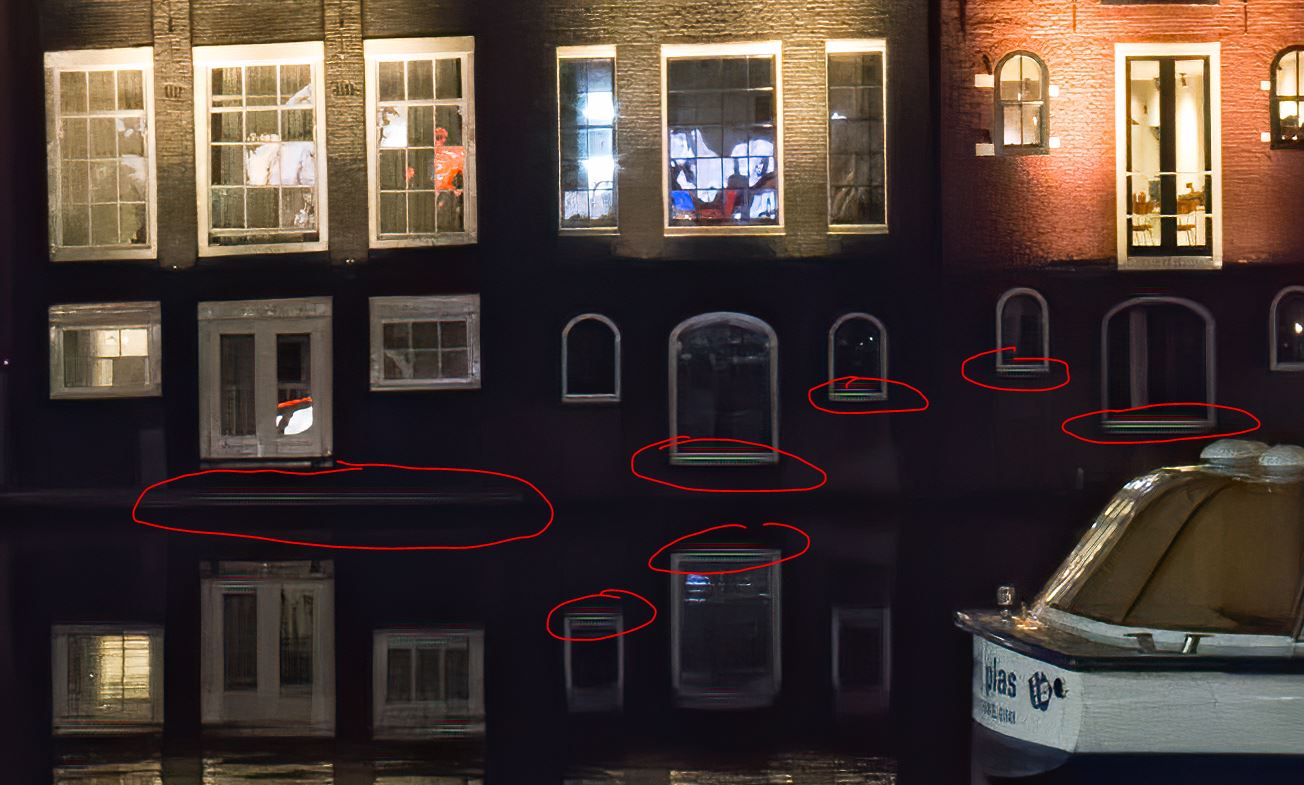 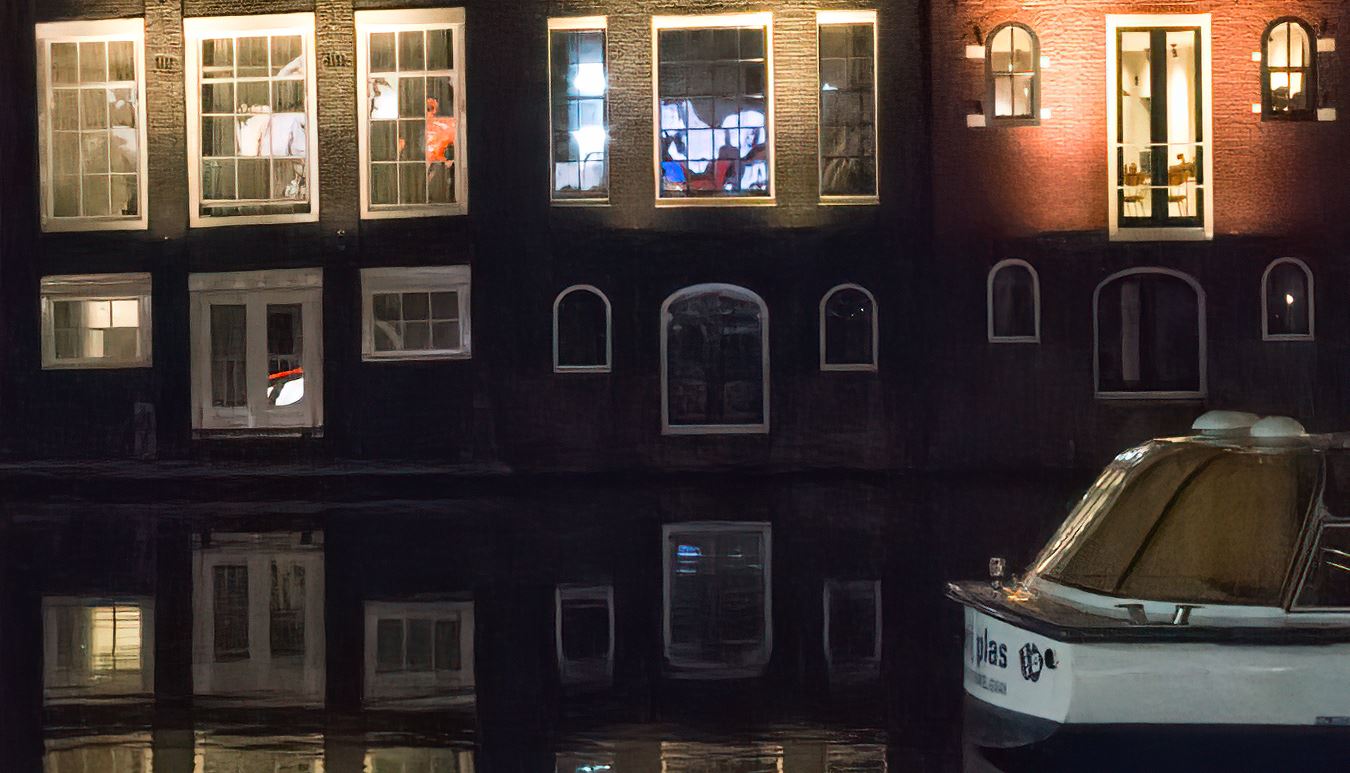 OOPS, you’re correct Artisan-West. I made the assumption the request was from you and didn’t read the return address correctly.

They are aware of it as of yesterday. This software has a great many improvements left to be done. Artificial intelligence has a branch called machine learning. There has already been a huge amount of machine learning involving data, pattern identification, and algorithms that have gone into Mask AI. The more of those accumulated over time the better the artificial intelligence can make decisions with less and less human intervention. I’m seeing improvements with each upgrade that comes out, but I still want more also.