I am liking Topaz Denoise A.I. for sure, however I note that it strips out the ISO information in the EXIF data. Is this a bug that will be corrected in future versions? I am OCD when it comes to EXIF info for all my images, and would love to not lose the ISO setting.

I seem to recall a similar issue with the Fusion plugin when it first came out.

I also have that problem and also with my NRW file the pictures come out lavender… Doesn’t the program take Raw files? I’m shooting with a Nikon CoolPix P1000…

I also have that problem and also with my NRW file the pictures come out lavender… Doesn’t the program take Raw files? I’m shooting with a Nikon CoolPix P1000…

I don’t believe their is support for that model yet, but raise a support request at the Need Help? link above.

For me the latest release is handling the EXIF a lot better.

Yes it is better, but still not right. GPS data (Lat, Long co-ordinates, Altitude, time etc) is still being stripped from TIF/TIFF output files by both Denoise AI and Sharpen AI. In the source files the Geotag status is shown as Yes. In the output files it is shown as No. (Given that it has stripped this data, I guess at least that reflects what is now the case)

I am having this problem in DeNoise AI and Sharpen AI. The GPS info is stripped and so are a number of other fields, including location and contact info. Fortunately, I use Photo Mechanic and can restore the info from the original NEF. But it shure would be better if all of the Topaz applications did not strip EXIF info in the first place.

The current versions of Denoise AI (v 1.3.0) and Sharpen AI (1.4.3) are not in fact stripping the GPS data from their TIF/TIFF output files, however the form in which it appears in the processed files is not always able to be read by some other applications., and so it appears to have been stripped.

If you check the output TIF/TIFF files in ExifTool or ExifToolGUI, (arguably the bible for reading Exif data) you will see that they do in fact have the Exif GPS information present.

For example, this screen shot is a portion of the Exif data of a TIFF file output from Denoise AI

The Exif data in the same Denoise AI TIFF output file can also be viewed in Affinity Photo, and as can be seen in the following screen shot, the GPS information is present, though note the Lat/Long is given in Degrees, decimal minutes, where as in ExifTool GUI it is in Decimal degrees. 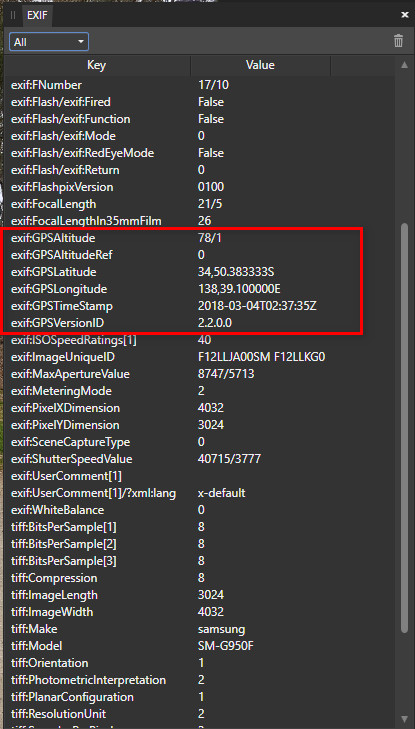 I am still on trial version of Denoise A.I. Facing same issue here. I am processing some canon’s Tif files. I can’t see exif of my images after I saved them as Tif/Tiff in Denoise A.I.

I have identified that the Standard Output Sensitivity EXIF tag is re-written to 1 for TIFF images passed through SharpenAI - the Photographic Sensitivity value is retained (at 100 in this example), so the majority of web/ file viewers can display the ISO correctly BUT the same cannot be said for certain editing tools (I’ve tested with PhotoMechanic Plus and DxO Photolab) that show an ISO value of 1 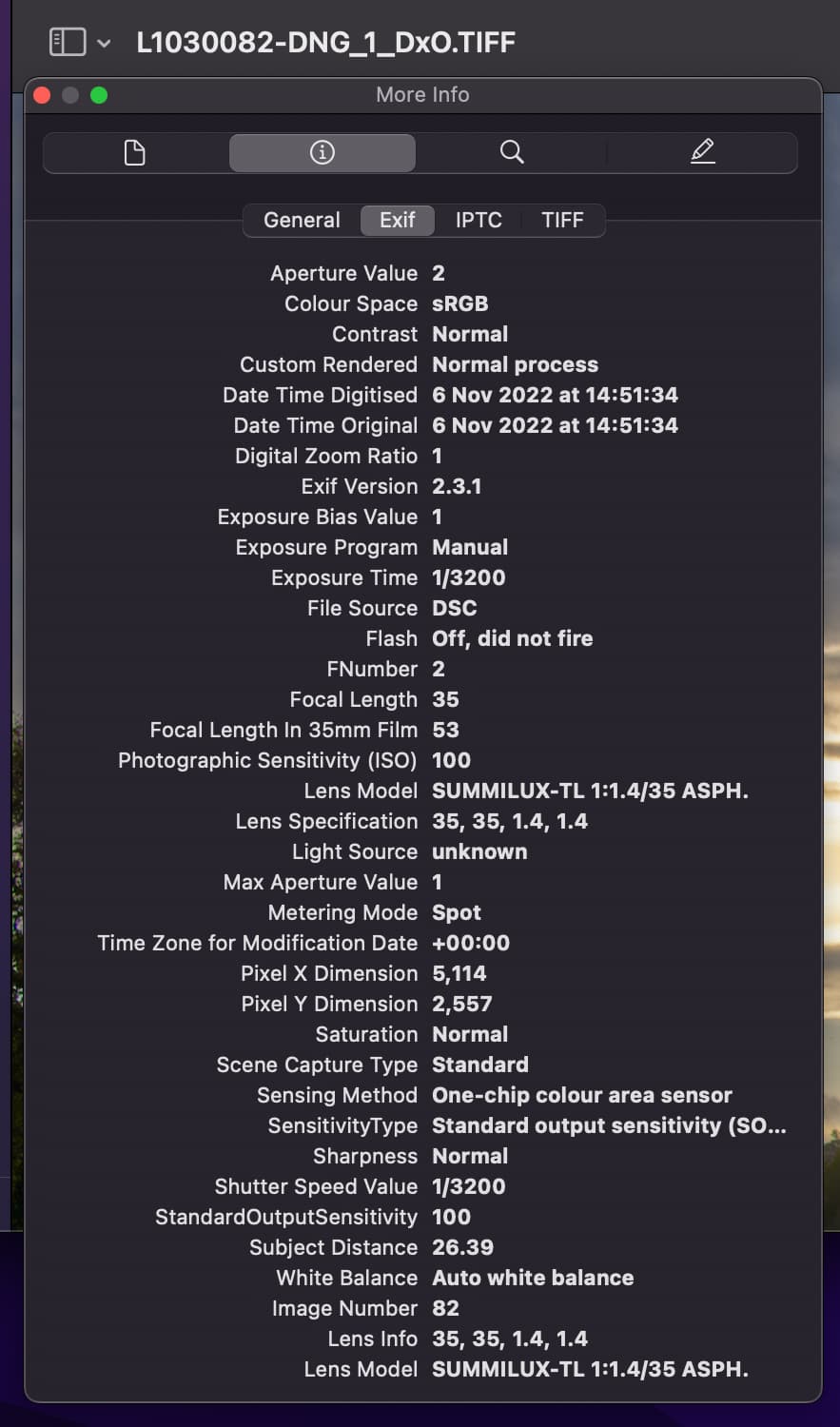 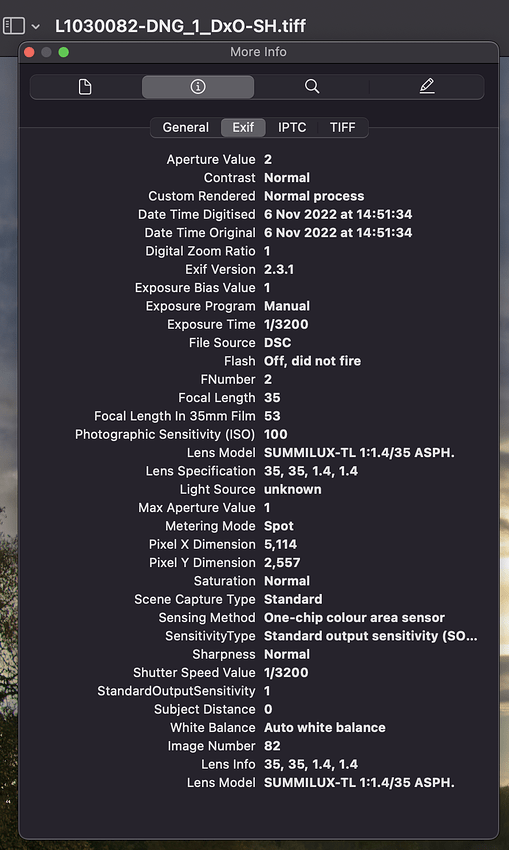 Is this by design? It seems an oversight to me.

I use Denoise AI v3.7.0 as stand alone version and as Adobe Photoshop Plugin.
To check the metas (exif/iptc) + add title/description i use acdsee photo studio ultimate 2022 Version 15.1

When I run my 16bit TIFF images “Canon EOS 5D Mark IV, RAW to TIFF with Capture One” through Denoise AI and Denoise AI saves them, the EXIF and IPTC data are missing. Acdsee no longer shows any!

If I open the images with photoshop and now use Denoise AI as a plugin and save them with photoshop, the exif/iptc data is retained. Acdsee displays them!

Can this bug be fixed so that Denoise AI also works in solo mode without stripping something?
thanks.

This topaz denoise iso metadata bug is so annoying and I agree with the above posts and needs to be fixed. Why is it even changing/striping the data anyway…

no feedback from a supporter or a developer.
Is it possible that the software are dead? So i should tell it to another, not that they buying a dead software.