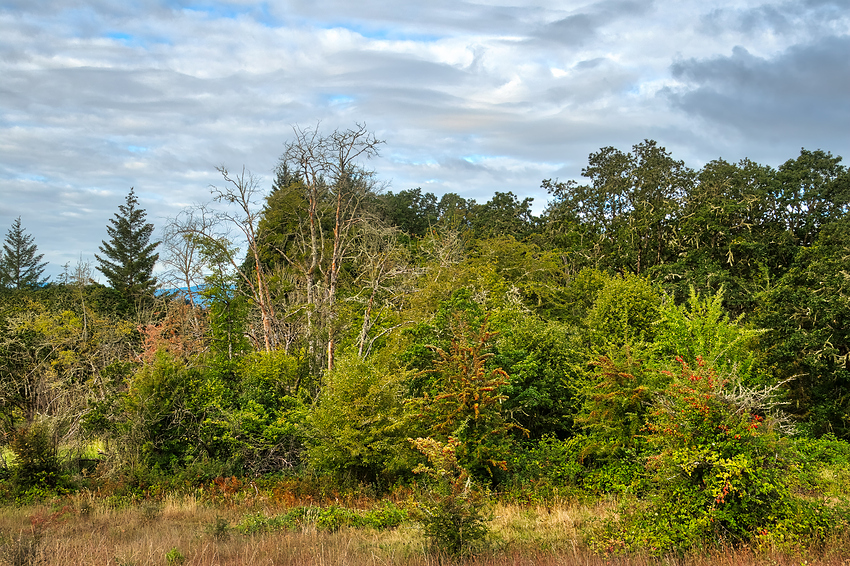 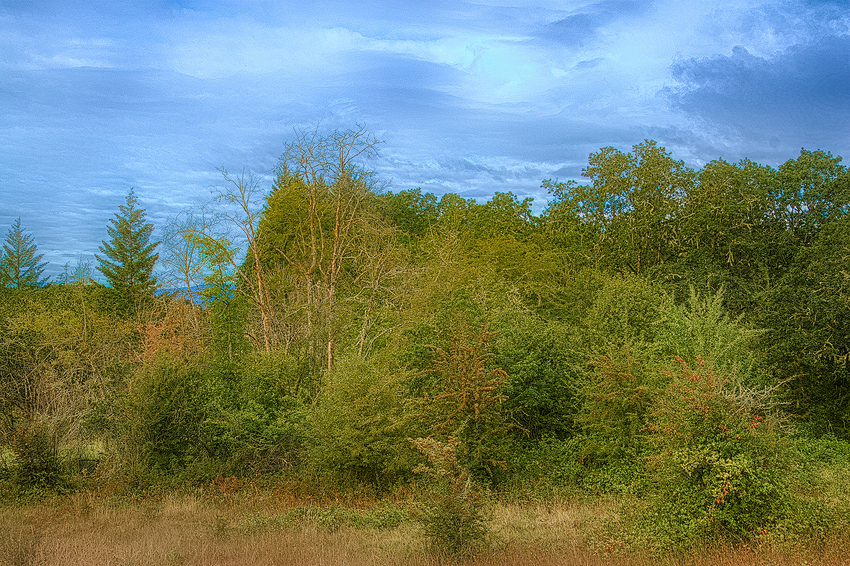 “Another Version (Blame it on John)” There is a story behind this. Personally, I prefer more muted colors and subdued painterly effects. I realize that most people prefer more saturated colors and lots of detail. This morning on Facebook, I posted “Transition Time” which was aimed more at the 2nd group. (My workflow was: merge 3 shots bracketed 2 stops apart in Aurora HDR; then take the resulting file into Studio, where A.I. Clear, Precision Contrast, Precision Detail, Adaptive Exposure, and a Just Right preset at a low opacity were applied. That’s the 1st image. Now for the rest of the story. On Tuesday, I saw John Barclay’s Studio webinar, and he did some things that grabbed my attention. First, on some flowers, he used the Smudge Adjustment and a Blur Adjustment. I thought to myself; I want to try this out with some landscapes. So I took my earlier post and applied some Smudge, and then I added the Blur Adjustment and played with it. I have never even looked at the Fantasy effect in Blur, but as soon as I opened it, I said, "Wow!’ It created this look that I really like. Then I applied a little Fall Color preset (low opacity), and my version of Try Again (Jack’s Try Again, which I use a lot). To cap it off, I created a Digital Frame. One of the main things that I have had reinforced by John is that no one is ever to old to learn. By his own example, John is learning all of the time (There is a scene in “Zorba the Greek” where Zorba exclaims, “Life is trouble! To be alive is to undo your belt and look for trouble!!”) John is alive!

I like the original photo and the processed version and story behind it is very interesting.

Ken, thank you. I expect most people to prefer the original one. However, it is the painterly one that I would print and put on my wall. When put photographs on social media or in an exhibition, we need to be really clear what our purpose is. Do we want to put up something that will enrich the viewer, or do we want to express our personal artistic vision. Sometimes they are the same, but not always.

I like the first image results a little better while both are interesting with your processing thoughts and experiments behind them. The second images details on the trees are a bit too strong for me (maybe because of Precision Details, but that’s me).

John - just so we are clear, when I refer to the first image, it’s the top image. The bottom image has no additional Precision Detail applied. Rather, it has Smudge and Blur (Fantasy) that do just opposite of what Precision Detail does.