An area of New Mexico that most people have never heard about. I recently posted a B&W photo of the stone you see in the background of the second picture. I’ve been there a couple of times and one of those I got lost for a while. 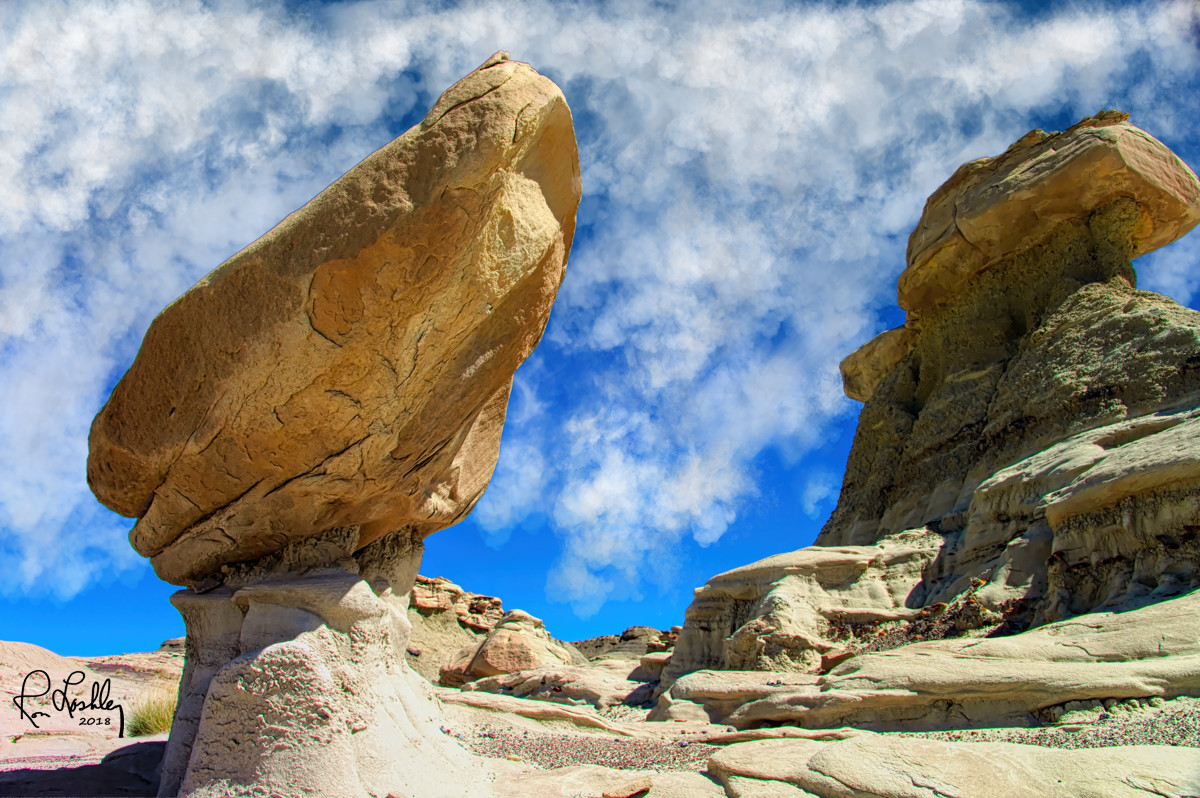 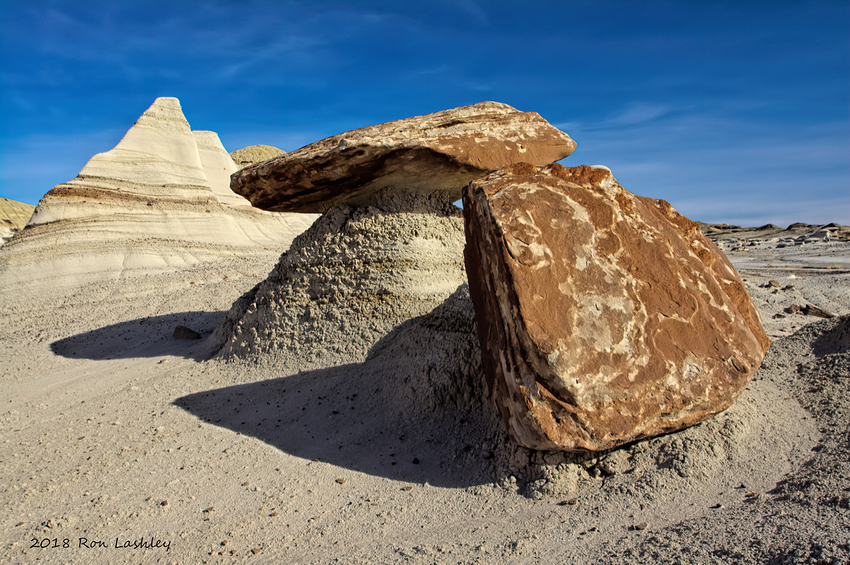 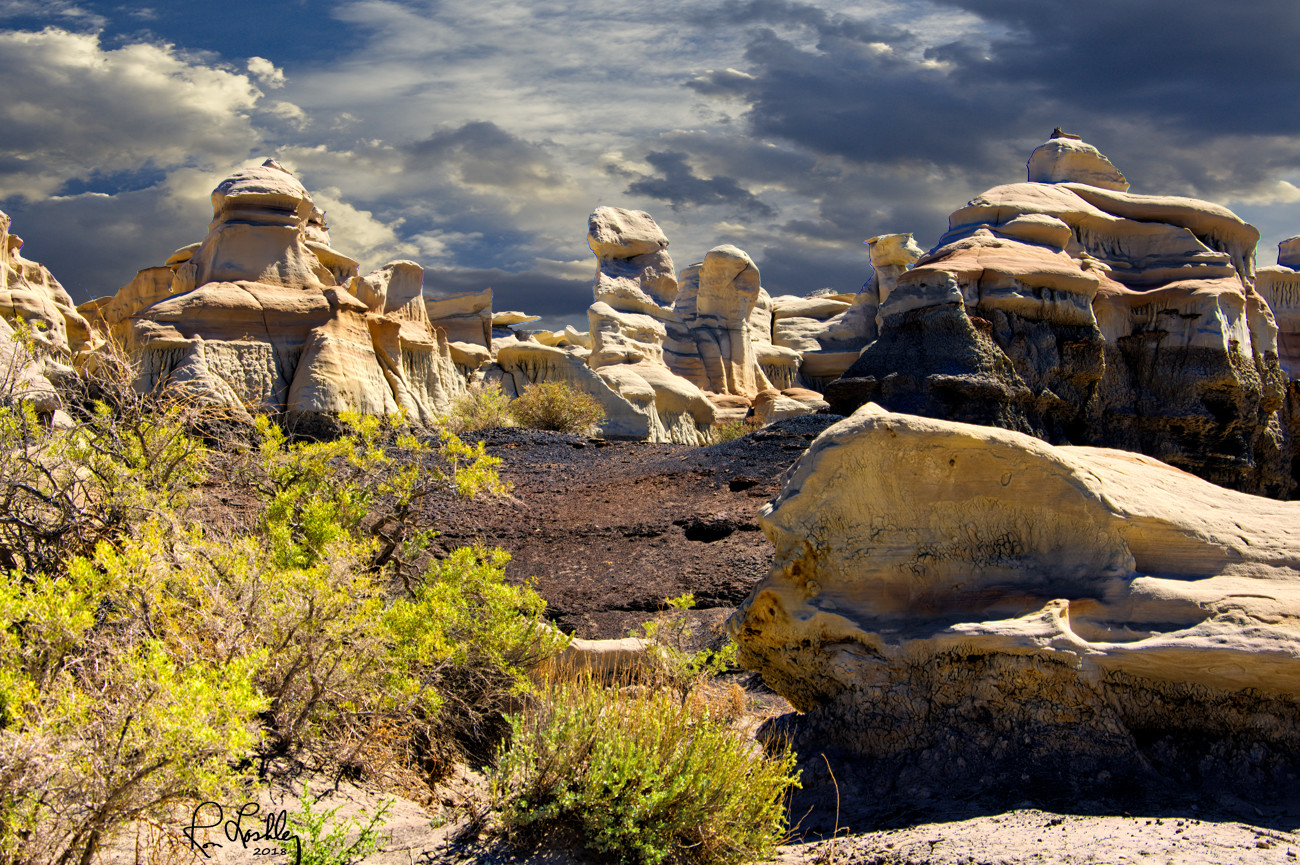 I want to go there! Very cool.

Thanks for the comments and likes, guys.

great images - I’ve heard of Bisti but was never there, although was in Farmington several times during our New Mexico days - you’ve made me add it to our go-to list - did you get any hoodoo images?

I’ve heard of Bisti but was never there, although was in Farmington several times during our New Mexico days

Bisti is around 40 miles south of Farmington off Hwy 371. If you ever go there it would be good to have water and a GPS to get back to your car. Also October would be the best month. There are Hoodoos and I’m adding a 3rd picture.

This is from a Yelp review from Cherie O. (that must be a screen name) I was reading:

I’m a city girly girl. My idea of roughing it is taking public transportation rather than my car.
So when I heard that the Bisti Badlands were the thing to see in New Mexico, while I knew I wanted to experience it, I had no clue how to accomplish that. If I had done it alone, yeah…I’d probably be dead somewhere in Mexico. So I went with a hiking group…a fabulous group of people who were just so amazing to their St. Louis newbie. We climbed, walked, scrambled (well, they did…I sat on a rock), wondered, climbed, and hiked some more. Eight hours in the wilderness, and wilderness it really is.

Just start exploring those 45,000 acres, some of it cordoned off as Navajo land. The area was once a delta that lay just to the west of the shore of an ancient sea and a habitat to prehistoric animals. When the water disappeared, it left behind a 1,400-foot layer of jumbled sandstone, mudstone, shale, and coal that lay undisturbed for fifty million years. Over the years, ash from a volcano, limestone, coal, and melting glaciers added their stamp onto what’s left today. To your south lies amazing rock formations that you can climb. Towards the inside of the wilderness are the hoodoos, the sculpted stones from the glaciers, followed by more ravines and mounds made from ash, coal, and shale. To the north lies some red formations, not as impressive as the southern ones, but interesting nevertheless.

These are excellent images…love the views on all off them.