A charming little street in the Ancient City, St. Augustine…it is the charm of reviving that makes the alley’s and back roads so inviting. It has to do with the sea and the building and the re-building after storms. This one I call Turner Storm after the Topaz Effect Slider by that name. It is a “re-vived” photo of a re-vived street…it captures evolution, in a sense. 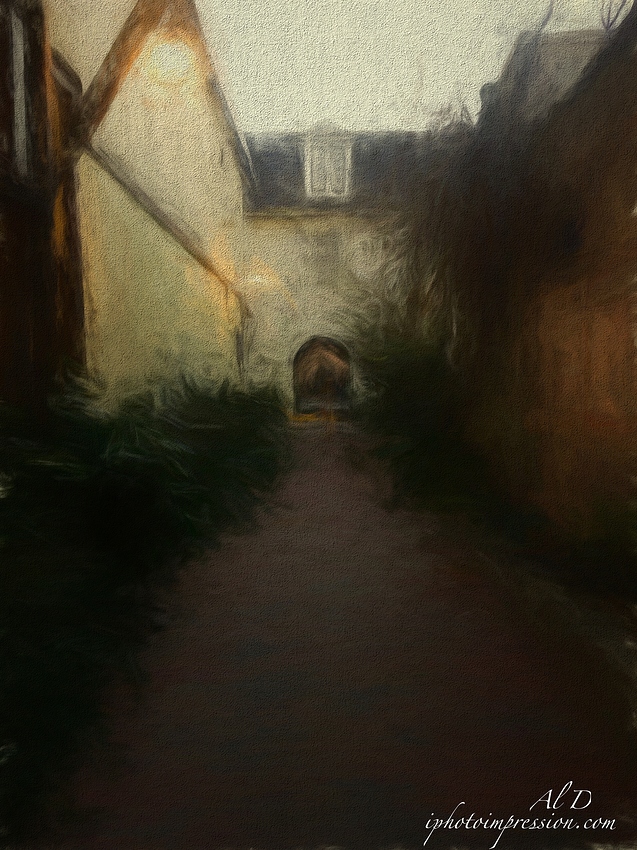 Dark, moody and appealing! I like it! The texture especially works well.