I made a quick test with the A.I.Clear tool, both in T.Studio 1 and T.Studio 2 and I want to show you the results (at 150% zoom!) - in the picture are the leaves of a flower: https://i.imgur.com/2QbcWUH.jpg 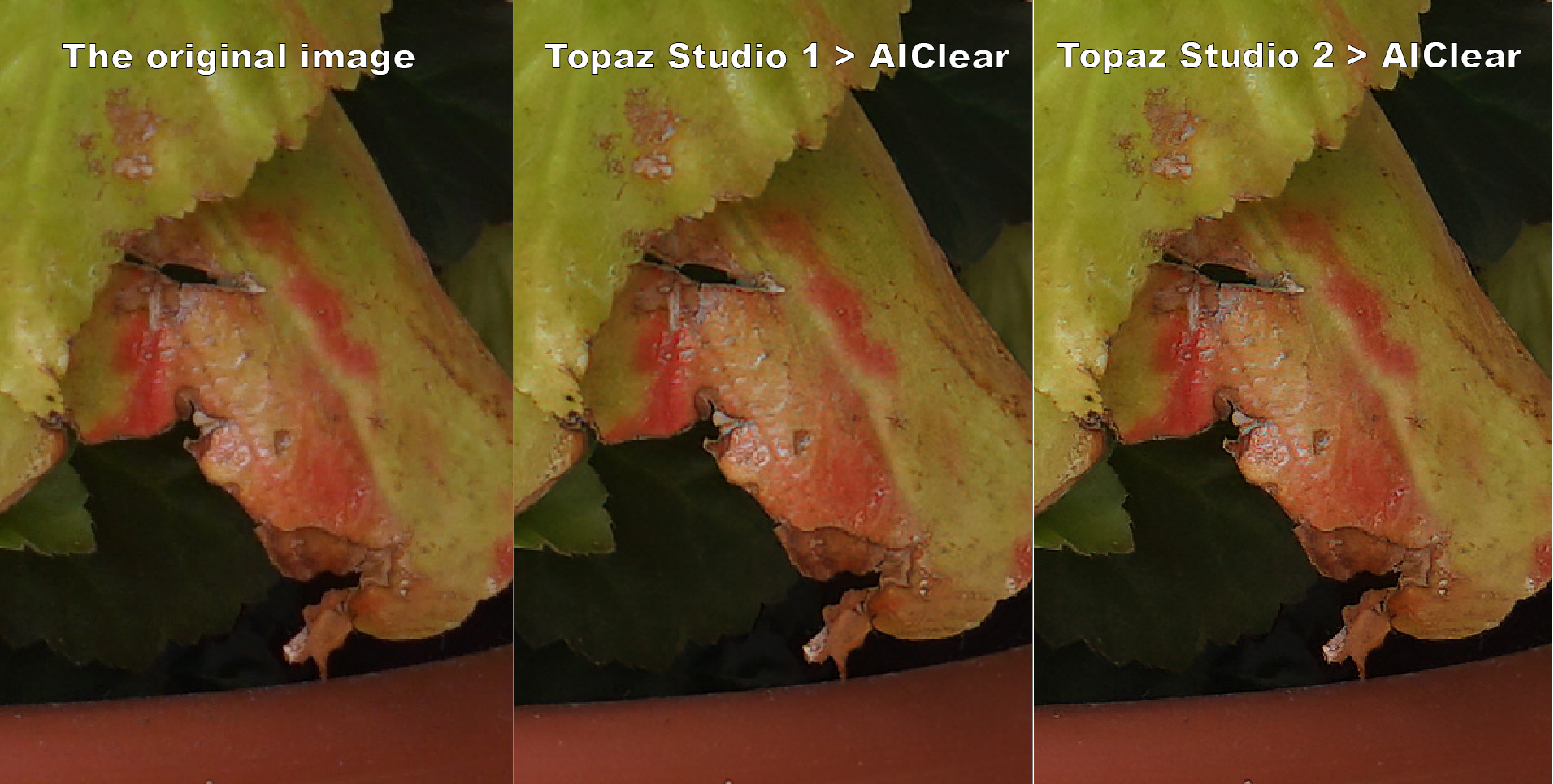 1.) - Studio 2 works a bit slower on a computer that is not the latest generation, but the program can be used without any problems;

As a result, I would like to congratulate the TOPAZ team who worked on the Topaz 1&2 program!
It also must to appreciate that the TOPAZ team is listening the users desires and tries to put them into practice and apply them.