While in Amsterdam, I visited the Van Gogh Museum where I learned that he painted all those self-portraits, 30 of them, as a method of tuning up his skills. That and he did not have a lot of money to pay models - so he used peasants. I like the idea of painting the same thing over and over again and it occurred to me that in Amsterdam he could have also painted bikes. But then, back in 1877, bikes were more of an elitist thing and perhaps not as interesting as a portrait of a peasant or model. Anyway, while in Amsterdam, I took a ton of bike pics. For the record, I’ve rendered this specific image every which way from Sunday, experimenting with color and tuning up my skills, so to speak. I mean, if it worked for Vincent, why not give it a try? So, here’s number seven. And, for what it’s worth, my favorite Van Gogh is The Café Terrace on the Place du Form, Arles, at Night, c. 1888. I’ve read that the café is still there and I so want to go there as it has been remodeled to appear as it did more than a century ago - yellow lit awning and all. 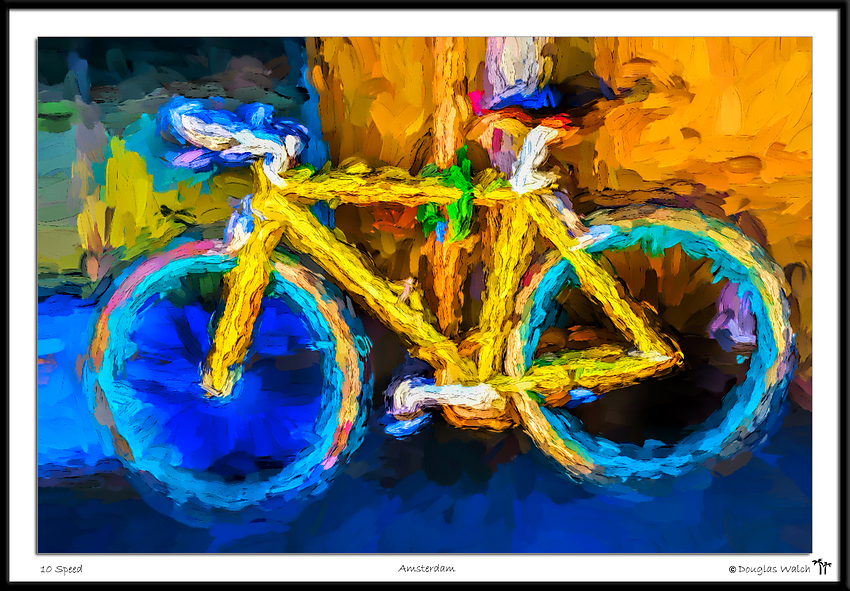 Beautiful work, wonderful painting! I like the story, very inspiring